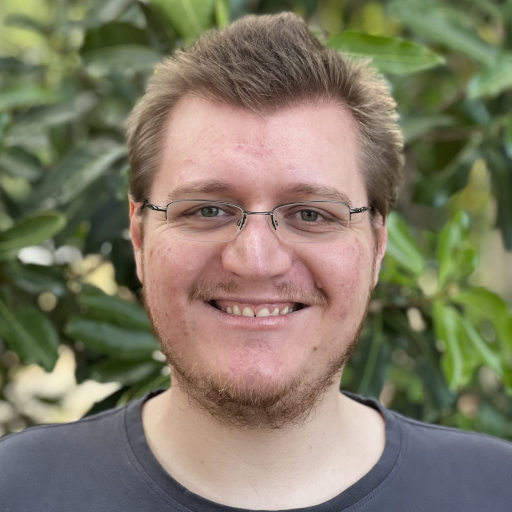 This report presents an investigation into what limitations exist in the WebRTC protocol stack and the maximum number of concurrent media streams and data channels that can be established between WebRTC peers for bidirectional communication. The first section of the report discusses the theoretical limits dictated by the underlying WebRTC protocol stack, whilst the second section presents the methodology and results of empirical testing to determine the practical limits that exist in modern web browsers.

The contents of this report are Copyright © 2021 TensorWorks Pty Ltd and are licensed under a Creative Commons Attribution 4.0 International License.

Both the WebRTC 1.0 specification 6 and the spec for RTP 3 state that a session may be subject to an aggregate bandwidth limit, but there is no specific mention of an upper bound on the number of concurrent media streams at the protocol level. Section 3.2.1 of the spec for using SDP with large numbers of media flows 7 suggests that multiple media streams within a single WebRTC connection can be transmitted over a single RTP transport so long as they are differentiated by unique RTP source identifiers. As per section 8 of the spec for RTP, each source in an RTP session is assigned an SSRC identifier represented by a random 32-bit integer 3 and collisions between these identifiers are resolved when encountered. Assuming all possible SSRC identifiers could meaningfully be used in a single session (which is unlikely in practice due to the overheads associated with repeated collision resolution), this would yield a theoretical limit of 4,294,967,295 identifiers.

Higher in the protocol stack, the WebRTC specification provides web browsers with a mechanism to specify their own limits on concurrent media streams. As per sections 4.4.1.5 and 5.1 of the WebRTC 1.0 specification 6, a browser may specify a limit on the maximum number of total simultaneous encodings for a given codec. A hard limit is specified when answering an SDP request from a remote peer (described in section 4.4.1.5), and an optimistic estimate is also provided prior to the codec being known when creating an SDP offer that includes simulcast encodings (described in section 5.1). These limits are far more likely to come into play than the theoretical maximums in the underlying transport protocols, although our results in the Empirical limit testing section demonstrate that real-world resource constraints often bottleneck browser implementations before any specified limits are reached.

WebRTC data channels are built on top of the SCTP protocol, and so a brief discussion of SCTP fundamentals is helpful when considering the theoretical limits of data channels. The SCTP protocol allows the establishment of an “association” between two endpoints, which is conceptually similar to a TCP connection but more flexible since both endpoints can use multiple network addresses. 4 Within an SCTP association, messages are transmitted across logical communication channels known “streams”, which are unidirectional in nature and facilitate both ordered and out-of-order delivery. Each stream is identified by a numerical identifier, which must be unique with respect to the stream’s direction but not across directions (i.e. there cannot be two outbound streams with stream identifier 0, but there can be both an inbound stream with stream identifier 0 and an outbound stream with stream identifier 0, and these two streams are completely independent of one another.) 4 Stream identifiers are represented by an unsigned 16-bit integer, but values are restricted to the range 0 through 65534, inclusive. This is because unsigned 16-bit integers are also used to represent the requested number of inbound and outbound streams during initial negotiation of an SCTP association between two endpoints, and so there can only exist a maximum 65535 inbound streams and 65535 outbound streams within a single association. 4 (Due to their zero-indexed nature, a stream identifier of 65535 would require the existence of 65536 total streams, and so that identifier value is reserved.)

Section 6.1 of the WebRTC 1.0 specification corroborates the theoretical maximum of 65535. 6 However, the MDN documentation for the RTCDataChannel interface 10 and this issue on the GitHub repo for the WebRTC API spec 11 both point out that many real-world implementations of WebRTC actually support significantly fewer data channels in practice, precluding the use of the theoretical maximum by applications. Our results in the Empirical limit testing section confirm that this is indeed the case.

The base version of the underlying SCTP protocol used to implement data channels will start to suffer from congestion issues if individual messages exceed the Maximum Transmission Unit (MTU) size of the underlying network transport 12, which will result in head-of-line blocking when sending large messages 13. Section 6.6 of the spec for WebRTC data channels recommends a maximum message size of 16KiB to safely avoid this problem. 8 In addition, large payloads which are split into multiple SCTP messages are (in the base protocol specification) indistinguishable from multiple smaller messages unless they are transmitted with contiguous sequence numbers, making it impossible to identify and reconstruct them when other messages are transmitted with interleaving sequence numbers. 12 (Mozilla Firefox has traditionally worked around this by using a now-deprecated PPID fragmentation/reassembly mechanism 13, but this was a stop-gap measure which only works when using reliable ordered data channels 14 and was never adopted by any other web browsers.) There are key two efforts to address these limitations:

Once all popular WebRTC implementations support both the EOR and ndata extensions then message size limits will no longer be an issue. Until then, most documentation still recommends a maximum message size of 16KiB in order to ensure interoperability between different implementations. 812 Since this limitation is well documented, we do not test maximum data channel message sizes in our Empirical limit testing below.

To test the practical upper bounds of concurrent WebRTC media streams and data channels in modern web browsers, we created a simple automated test harness which can be found here. The test harness runs a series of tests which steadily increase the number of data channels and then media streams until failure is detected. Each test performs the following steps:

Although every test includes both data channels and media streams, the test suite is designed to isolate their effects on one another, using only a single media stream when testing for data channel limits and a single data channel when testing for media stream limits. Due to the possibility of browser crashes or freezes when testing large numbers of concurrent media streams, data channel limits are tested first and all progress messages are also transmitted to a local webserver so they can be stored on the filesystem and inspected upon test completion. The webserver also serves the test harness over TLS using self-signed certificates to ensure the same cryptographic code paths are triggered by the browser as would be the case when using WebRTC in a real application, since encryption is not mandatory when running over the loopback interface in Google Chrome but is required by Mozilla Firefox and is mandated for all remote origins by the WebRTC specification. 6

We performed tests on a machine running an AMD Ryzen 9 3950X CPU with 64GiB of system memory and an NVIDIA GeForce GTX 1080 graphics card, across multiple browsers and bare metal operating systems. The latest stable version of the proprietary NVIDIA GPU driver was used under each operating system. Each test was run in serial with no other applications running to ensure the full system resources were available to the web browser. Our results are presented in the section below.

When running our tests, we used the following configurations:

All tests were run using both the H.264 and VP9 versions of the source video clip, but no differences were observed between the two codecs. The results of our tests are summarised below:

Under all configurations, the browsers failed gracefully when the maximum number of data channels was exceeded, allowing the test harness to identify the limit and continue on to test the maximum number of media streams. However, failure characteristics when testing large numbers of media streams varied depending on the configuration, and even across multiple runs of the test suite with the same configuration. Mozilla Firefox always failed gracefully when the maximum number of media streams is exceeded, simply closing the WebRTC peer connection. Google Chrome would sometimes crash with a sandbox out of memory error when the Chromium sandbox was disabled, but on other runs the browser tab containing the test harness would simply become unresponsive irrespective of whether the sandbox was enabled.

The largest disparity in observed results between different configurations specifically relates to the number of concurrent media streams that the browsers could handle prior to failing or becoming unresponsive. This number was slightly lower under Linux than under Windows for Mozilla Firefox, but significantly lower for Google Chrome, irrespective of whether the sandbox was enabled. It is likely that this large difference stems from a lack of support for hardware-accelerated video decoding under Linux, resulting in higher system resource usage. It is worth noting that although Mozilla Firefox introduced support for hardware-accelerated video decoding functionality in version 80 24, this feature is still under development at the time of writing and is not enabled by default. Google Chrome does not support hardware-accelerated video decoding under Linux without the application of a community-maintained patch that the Chromium developers have repeatedly declined to merge into the upstream codebase. 25

It is worth noting that the methodology used for our empirical testing is largely synthetic in nature and does not directly reflect real-world WebRTC application configurations. In particular:

Despite these limitations, our test harness provides interesting insights into the practical upper bounds of WebRTC in modern web browsers when presented with worst-case local workloads that thrash system resources. The results may be directly instructive for some non-traditional WebRTC use cases, and are still applicable in part to more traditional WebRTC applications as well.

In real-world use, the upper bounds for both concurrent media streams and concurrent data channels should be sufficient for most typical WebRTC applications. The average number of maximum concurrent media streams across browsers should be sufficient for most video-conferencing scenarios, particularly given that these numbers represent a worst-case local workload and real-world usage patterns should have far less impact on system resources. Even at Mozilla Firefox’s limit of 128 data channels, the ability to transmit 16KiB of data at a time across these channels provides plenty of flexibility, and widespread support for both the EOR and ndata extensions to SCTP will further increase this in the future.